Mount Veeder AVA was established in 1993, though its origins as a wine producing district date to the 19th century. A German Presbyterian pastor named Peter Veeder was one of the first landowners in the area, and by 1864 one of his neighbors, a German sea captain named Stelham Wing, was producing wine commercially. The area continued to attract German agricultural entrepreneurs, some of whom established the estate that would later become the Christian Brothers Mont La Salle winery. Today the AVA includes about 1,000 acres of vineyards, most of them at relatively high altitudes. The Mayacamas vineyard, for instance, is at 2,400 feet. Cabernet Sauvignon is the most frequently planted grape, followed by Malbec, Merlot, Cabernet Franc and Petit Verdot.
28 Items 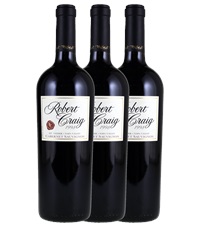