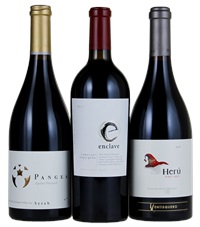 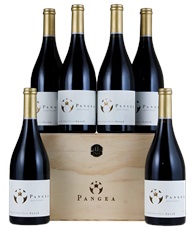 ...overall sensation is quite ripe, coupled with some notes of fountain pen ink, tempera paint, licorice and a touch of leather, with a classical palate...

The liqueur-like nose offers notes of black currant, mint, maraschino cherry and beeswax over a bed of hazelnut and aromas from the aging process. Indulgent and broad with an oxidative character that fills the palate with flavor; the finish is bold.

Very ripe and rich with plum character. A big and oaky cabernet that's got a harmony...

The Central Valley is Chile’s most productive wine region, and it includes four sub-regions. The Maipo Valley is one of those sub regions. The Maipo Valley has nearly 8,000 acres under vine. Grapes grown are, in order of acreage, Cabernet Sauvignon, Merlot, Syrah, Chardonnay, Carménère, Sauvignon Blanc, Cabernet Franc, Malbec and Pinot Noir. Maipo is best known for Cabernet Sauvignon. Chile has produced wine since the 16th century, when Spanish conquistadores brought grape vines and established vineyards. Sweet wines were favored until well into the 19th century, when French immigrants began making dry wines with a decidedly French character. Chile’s long, narrow, coastal geography has made the transportation of wines challenging over the centuries, though today it is a major exporter. To the west is the Pacific Ocean, to the east are the Andes. But the isolation has also meant that Chile vineyards have so far never been attacked by phylloxera, meaning that unlike viticulturalists in many other part of the world, Chilean vineyards can be planted with original rootstock, saving producers the laborious job of grafting vines onto phylloxera-resistant rootstocks. Chile started an appellation system in 1994, and there are five regions each with numerous sub-regions. Chile has attracted investment from European and American producers, including Robert Mondavi Winery, Kendall-Jackson, Lafite-Rothschild and Miguel Torres.