Mendoza on the western edge of Argentina is the nation’s largest and most important wine producing region. With about a billion acres under vine, the region of Mendoza alone has nearly half as many vineyards acres as all of the United States. Located on the edge of the Andes, vineyards here are high, usually 2,000 to 3,600 feet above sea level, yet they enjoy a relatively temperate climate and four distinct seasons. The soil is sandy and alluvial with clay underneath and moderate rainfall encourages growth. Historically Argentina, and Mendoza, grew pink skin grapes for slightly sweet pink or white wines. Those grapes are still grown for bulk jug wine. Since the late 1980s, however, Malbec has been Mendoza’s most important grape, since it makes a rich, dark, robust, age-worth red. The second most important red grape is Bonarda, which is thought to be the same grape that California growers know as Charbono. Italian and Spanish red grapes including Sangiovese, Barbera and Tempranillo were brought by immigrants, and they are grown today. Cabernet Sauvignon, Merlot, Chardonnay, Torrontés and numerous other red and white grapes are also grown successfully.
36 Items 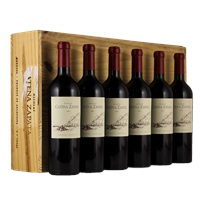 Signed by the Winemaker

Signed by the Winemaker 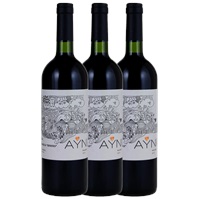