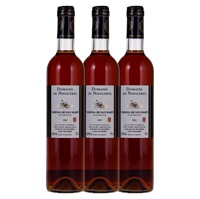 Málaga is a Denominación de Origen in Andalucía, just to the east of Spain’s southernmost tip. The wine industry there dates to 600 B.C., when the Greeks planted the region’s first vines. The wines were known for their sweet, syrupy character, and for centuries everyone from the Moors to the Victorians had a taste for them. By the early 19th century Málaga had nearly 250,000 vineyard acres, making it Spain’s second largest wine producing region. But in the late 19th century the vineyards were devastated by powdery mildew and phylloxera, and the wine industry never really recovered, especially as tourism starting in the 1960s turned the coastline into one of Europe’s most popular vacation spots. Today with fewer than 3,000 vineyard acres Málaga still makes mostly sweet wines from the Pedro Ximénez, Airén and Moscatel de Alejandría grapes. Most Málaga wines are brownish, raisiny and sweet, with alcohol levels up to 23%. The term “lágrima” on a wine means that the wine was made entirely from free-run juice without any mechanical pressing. To earn the Málaga DO label, wines must be shipped to the city of Málaga and cellared there until maturity. In 2004 Spain officially combined the Málaga DO with the appellations of Sierras de Málaga and Pasas de Málaga. All three appellations cover nearly the same geography.