ITEM 8563084 - Removed from a professional wine storage facility; Purchased from a private collector 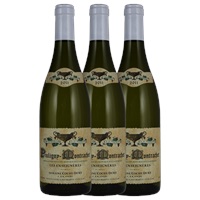 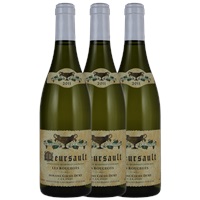 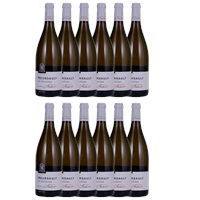 ...Orange peel and gingery spice on the nose. Juicy and dynamic, with ripe acidity contributing to the impression of inner-mouth tension. Finishes full and long but youthfully tight, with a lingering spiciness and firm structure...

Domaine Coche-Dury in Meursault, Burgundy, is renowned for its Corton-Charlemagne and Meursault-Perrieres. The 26.4 acres estate is owned by Jean-Francois Coche-Dury, who is one of Burgundy’s most respected producers. Vineyards are planted to Chardonnay, Aligote, Gamay and Pinot Noir. Though the estate is known for its white wines, it also makes a small amount of red wine. About 5,000 bottles of the two signature wines are made each year. Robert M. Parker Jr. has written that Jean-Francois Coche-Dury “produces some of the region’s longest-lived, most aromatically complex, and compellingly textured white wines.”

Meursault is one of the trio of famous Chardonnay producing appellations in the Côte d’Or. Although both red and white wines are allowed to be produced in the Meursault appellation, 98% of Meursault is Chardonnay. With a total of 2,500 acres of vineyards, there are no Grands Crus but 325 acres of Premiers Crus, which are divided into 13 main vineyards. As wine writers have often noted, Meursault’s fame is based on its Premiers Crus, including the prestigious Les Perrières, Les Genevrières and Les Charmes. Because the water table is low in Meursault, many producers have cellars here, including Comte Lafon and Jean-Francois Coche-Dury. Robert M. Parker Jr. wrote “the Premiers Crus, as well as the finest Villages Meursaults from the top vineyards, are among the easiest drinking white burgundies in the world. Why? High-quality Meursault is opulent, almost unctuous, with a fatness and a juicy, succulent, buttery, hazelnut and apple, peach-like fruitiness that often roars from the glass.”

This white variety originated in Burgundy, but is now grown around the world. Its flexibility to thrive in many regions translates to wide flavor profile in the market. Chardonnay is commonly used in making Champagne and sparkling wines.