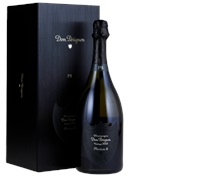 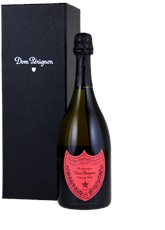 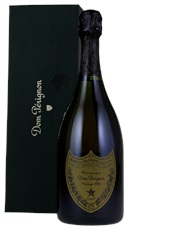 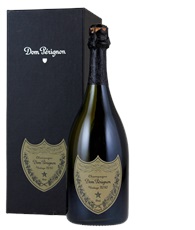 ...soft and creamy on the palate, offering heady aromas and flavors of marmalade, baked white peach, white truffle and coffee liqueur, underscored by minerally brine and smoke accents. This is finely detailed and well-meshed on the verbena- and spice-laced finish.

Power, generosity and volume are all exalted...balances richness with a greater sense of creaminess...

Rich, broad nose with notes of candied mandarin... Soft and smoky at the start and then saline and refreshing on the finish.

Moet et Chandon produces the world’s most famous Champagne – Cuvee Dom Perignon. Located in Epernay, the heart of the Champagne appellation, the company is owned by Moet-Hennessy, party of LVMH Moet-Hennessy Louis Vuitton, a French-based company which is the world’s largest luxury goods conglomerate. Moet et Chandon produces several high quality Champagnes, though its premier cuvees are the Dom Perignon and the Dom Perignon Rose. Both are named after the famous 17th-century Benedictine monk Pierre Perignon, who, as his abbey’s cellar master, figured out how to keep bubbles in Champagne by corking it in reinforced bottles. Today Moet et Chandon includes nearly 2,000 acres of vineyards planted to Chardonnay, Pinot Noir and Meunier. The estate does not release production figures but industry insiders estimate that the Moet et Chandon sells more than 30 million bottles a year, more than twice its nearest competitor, Veuve Clicquot.

Champagne is a small, beautiful wine growing region northeast of Paris whose famous name is misused a million times a day. As wine enthusiasts and all French people are well aware, only sparkling wines produced in Champagne from grapes grown in Champagne can be called Champagne. Sparkling wines produced anywhere else, including in other parts of France, must be called something besides Champagne. Champagne producers are justifiably protective of their wines and the prestige associated with true Champagne. Though the region was growing grapes and making wines in ancient times, it began specializing in sparkling wine in the 17th century, when a Benedictine monk named Dom Pierre Pérignon formulated a set guidelines to improve the quality of the local sparkling wines. Despite legends to the contrary, Dom Pérignon did not “invent” sparkling wine, but his rules about aggressive pruning, small yields and multiple pressings of the grapes were widely adopted, and by the 18th and 19th centuries Champagne had become the wine of choice in fashionable courts and palaces throughout Europe. Today there are 75,000 acres of vineyards in Champagne growing Pinot Noir, Chardonnay and Pinot Meunier. Champagne’s official appellation system classifies villages as Grand Cru or Premier Cru, though there are also many excellent Champagnes that simply carry the regional appellation. Along with well-known international Champagne houses there are numerous so-called “producer Champagnes,” meaning wines made by families who, usually for several or more generations, have worked their own vineyards and produced Champagne only from their own grapes.